Budget 2015: Widening the Gap Between Rich and Poor 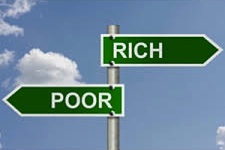 Treoir, The National Information Service for Unmarried Parents, believes not enough has been done in Budget 2015 to ensure that lone parents who are being activated when their youngest child reaches 7 are supported to gain appropriate training to enable them to become job ready.   Also the decision to cut earnings disregard for lone parents from the original €146 per week to €75 in 2015 and to €60 by 2016 is contrary to the policy of activation. The new Back to Work Family Dividend of €30 per week (per child) does not compensate for the cut in earnings disregard for lone parents.

Similarly disappointing is the lack of measures tackling the childcare crisis that working parents face but which impacts solo parents disproportionately.  Childcare subsidies for solo parents seeking to improve their education or actively seeking work would have helped. Some subsidised schemes exist but the promised Swedish model is a long way off.

The abolition of the One Parent Family Tax Credit in the last budget had a detrimental effect on non-resident parents’ (mainly fathers) ability to pay maintenance for their children and Treoir is extremely disappointed that the tax credit has not been re-instated in this budget, showing that the government, yet again, has failed to recognise the importance of promoting shared parenting.

Treoir questions the wisdom of giving tax relief to higher paid earners at a time when there is very strong evidence that low paid and social welfare recipients, particularly solo parents, are at huge risk of poverty.  This can only serve to widen the gap between rich and poor in Ireland.

Treoir welcomes many of the changes proposed, including the increase in Child Benefit, partial reinstatement of the Christmas Bonus, the raising of the threshold for paying USC, income tax relief on water charges and the allocation of €2.2 billion for social housing.