Parenting Scenarios – How Let’s Work it Out, can help parents 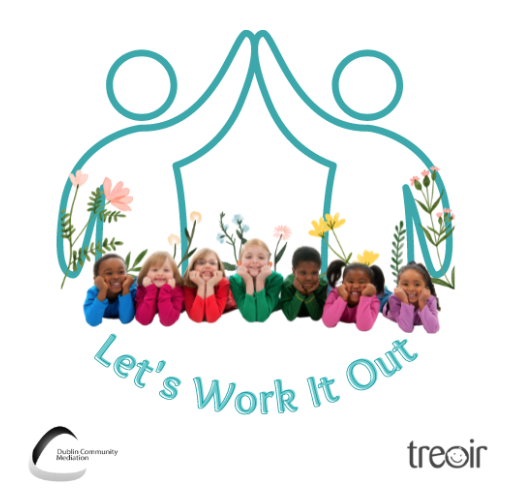 These are examples of some of the challenges many parents face when trying to share parenting when they do not live together.

Both examples are fictional, but informed by Treoir and Dublin Community Mediation services.

Following a very brief non-committed relationship John and Amy found themselves becoming parents. Their relationship ended as they were not committed to a long-term relationship before Amy’s pregnancy. During pregnancy, John expressed his wishes to be involved in the upbringing of his child, and Amy agreed and was happy that John wished to be fully involved. Once their daughter was born, John wanted to have access to their daughter immediately once Amy brought her daughter home from the maternity hospital. Amy was reluctant to be separated from her daughter and was exclusively breastfeeding. John was very unhappy with her decision and conflict arose immediately. Amy offered visitation, but only while Amy was present. John did see his daughter on occasion where Amy permitted access, but John’s family members, mainly his Mother, also wanted to see her granddaughter. Amy did not feel comfortable with the grandmother visiting and had the support of her own mother in her decision. John decided to apply to the court for access and guardianship rights to his daughter. This move by John caused further conflict between the parents and caused Amy to stop visitation immediately upon receiving a summons to court.

In court, John was given guardianship rights, and supervised access with Amy present in her home as their daughter was still being exclusively breastfed.

Access was fraught with arguments between the two parents which caused Amy to breach the access order. They both decided to try family mediation, as, even through conflict, they both felt shared parenting was best for their child, and they did not want to return to court.

John did not recognise the emotional and physical challenges faced by new mothers, especially for a lone parent. His anxiety may have been fuelled by his loss of control, and lack of bonding time with his child, and learning of his lack of parental rights to his daughter. John may have viewed Amy’s decision to breastfeed as a way of controlling the situation further.

Being a new mother, Amy was protective over her new-born especially since she decided to breastfeed, which has impacted on Amy allowing John to take their daughter on unsupervised access. This is further exacerbated by being a lone parent. Often, the financial worries lone parents experience can place extreme stress, this, coupled with trying to share parenting, can cause mothers to focus on their child and break communication with the father. The anxieties Amy felt caused a breakdown in communications which caused John to apply to the court.

Trust – The fact the Amy and John were not in a long term committed relationship can make it difficult for a mother to ‘hand over’ her child to the father, feeling that he may not return the child, may not care for her child as well as she would, or may even feel that her child would bond with the father more than her as the mother. The fact is, they do not know each other very well which caused worries and anxieties to overpower any feelings of trust in each other.

Parenting – Being new parents, Amy and John may have been overwhelmed by the birth of their daughter. In a two-parent couple, parents have each other to turn to if they feel overwhelmed by the birth of a new baby, in Amy and John’s case, they do not have that mutual support. In addition, any innocent comment regarding parenting may make the other parent feel undermined. Furthermore, their lack of communication, and trust, means they are not able to discuss parenting which compounds their feelings further.

Family members – Both John and Amy have the support of their immediate family. However, their support may have come in the form of pressure in that John’s mother placed further complications by insisting she meet her new grandchild. In turn, Amy’s mother was not in favour of John’s family being involved and was being protective of her own daughter given the stress and upset she witnessed Amy feeling.

Family court – Once Amy received a summons to court, she shut down access and communication immediately, which caused further conflict and caused John to feel a loss of control and further felt he could not trust Amy. Following court, their existing conflict caused repeated arguments which caused Amy to breach access to prevent further stress.

Recognising – the challenges new parenthood throws up, their impact on parents and children and the importance and benefits of voluntary commitment and consent rather than enforcement in achieving shared parenting

Listening – recognising each other’s worries, concerns and hurt – especially in their role as new parents.

Conflict resolution – learning how to manage boundaries, negotiate and resolve issues which will arise whilst parenting together

Parenting – building a parenting rather than a personal relationship –  how to share parenting, both during access and beyond

How Let's Work it Out can help these parents?

Both Parents working together

Further steps to explore together

Following a very brief relationship, Sarah and Dave became expectant parents. They tried to continue their relationship during pregnancy, but Dave got a very lucrative job opportunity overseas and accepted the position, which ended their short relationship. During the remainder of the pregnancy, Dave did not stay in contact. Sarah gave birth to a boy and informed Dave and his parents of the birth. Dave did not respond to Sarah, offer financial support, or ask to see his son. His parents however regularly saw their grandson and even offered financial support, although Sarah did not accept this. Sarah has a high salary and, managed her finances easily.

After three years, Dave returned to Ireland. Given that his son was in regular contact with his parents, and stayed overnight at their home, Dave easily gained access with his son, but without Sarah’s knowledge or consent. This did not please Sarah who stopped contact and communication with her son’s grandparents. Dave approached Sarah on a few occasions to ask to return access, but Sarah was adamant that she did not want her son to have access to his father. Dave, under pressure by his parents, and wishing to create a relationship with his son, applied to the court for formal access and guardianship rights.

Dave was granted access rights under the supervision of his own parents at their home. He was also granted guardianship rights. Sarah received a maintenance order at court, but this was not backdated which caused further resentment in Sarah. After several months of adhering to the access order, Dave applied to the court for unsupervised access as he was now bonding with his son and wanted overnights at his home.

Sarah was against unsupervised access and argued in court through her legal counsel. Dave was granted minimal access at his home, which was to be reviewed after three months. Dave adhered to the access arrangement and after three months had gained overnights through the court.

Sarah was still not happy with the new arrangement, and often withheld access.

Wishing to avoid court, and gain control of the situation, Sarah agreed to attend family mediation.

Dave’s decision to put his professional career first caused Sarah to feel abandoned which fuelled resentment. This was further compounded by Dave’s failure to respond to Sarah once their son was born or offer financial support. Sarah had established a trusting and supportive relationship with her son’s paternal grandparents and her son had bonded with them but their decision to allow access of their grandson with his father made Sarah feel betrayed by them. In addition, Dave’s lack of contact or financial support left Sarah questioning his ability to be a ‘good’ father and remain in their son’s life. This caused Sarah to be protective of her son.

Dave’s feelings of guilt and pressure from his parents who had lost contact with their grandson caused him to apply to the court which further complicated the situation, causing Sarah to fight him in court and withhold access at whim.

A major challenge to mediation is Sarah’s own need to retain control of the situation.

Trust – Dave’s abandonment caused Sarah to feel resentment and untrusting of Dave’s ability to remain in his child’s life once contact was made. Sarah lost her trust in her son’s grandparents when she felt betrayed by them.

Communication – Dave’s lack of communication during his son’s life meant that Sarah did not feel under any obligation to communicate with Dave, which meant they did not develop any skills in communicating as parents.

Parenting – Sarah and Dave had no experience in parenting together. Sarah had no interest in developing these skills as she feels his abandonment removed his right to parent with her. Sarah does not want to lose her control over her son. Having been a lone parent since the birth of her child, she has never had to share responsibility or access with her son’s father. Sarah may very well feel the threat of being undermined by Dave.

Family members – Sarah and her son’s bond with his grandparents created a support for Sarah and a family bond for her son. However, their perceived betrayal compromised her son’s further contact with his grandparents. Dave put pressure on his parents to allow him to see his son. Once access was removed by Sarah, he felt under pressure from his parents and felt guilty for having caused them to lose their access to their grandchild.

Family court – Once Sarah received a summons to the court for access and guardianship, Sarah looked for a maintenance order which was successful. Sarah fought Dave’s request for unsupervised access and overnight access which Dave eventually received. Sarah breached access by withholding their son due to various reasons not involving any child protection concerns, but rather for reasons that could have been worked out between the two parents.

How Let's Work it Out can help these parents?

Both Parents working together