At risk of poverty

The following is a brief summary of poverty stats and how OPFs compare to the national averages. The stats highlight clearly highlight OPFs as an impoverished cohort.

At risk of poverty

In 2017, the at risk of poverty rate was 15.7%, a reduction of 0.5% on 2016 figures. However, the at risk of poverty rates continue to remain high amongst one-parent families (OPFs) at a rate of 39.9% for OPFs, meaning individuals in OPFs households are approximately 2.5 times more likely to experience poverty than other cohorts (CSO Ireland, 2018).

Census data indicates that there were approximately 629,116 family units in Ireland with children under 20 in 2010. Of these: 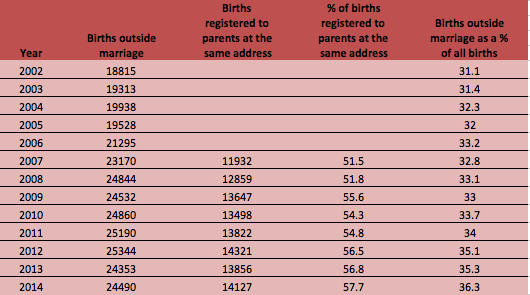 Source:  CSO Stats
*This figure is only available since 2007

Births to women outside of marriage by age of mother

Births to women (outside marriage) under 20 by age of Mother 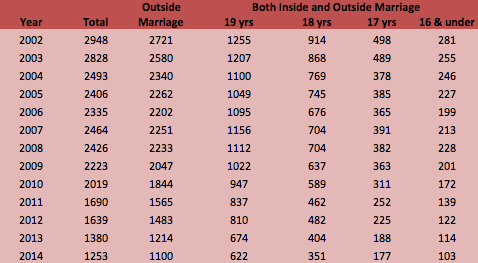 The Adoption Authority of Ireland

*Adoption by family members, usually mother and her husband

The Department of Social Protection

One-Parent Family Payment (OPFP) is a means-tested payment for men and women who are caring for a child without the support of a partner. 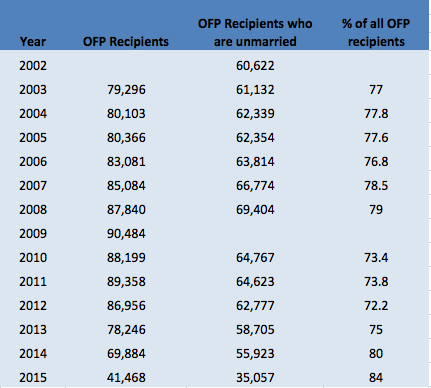 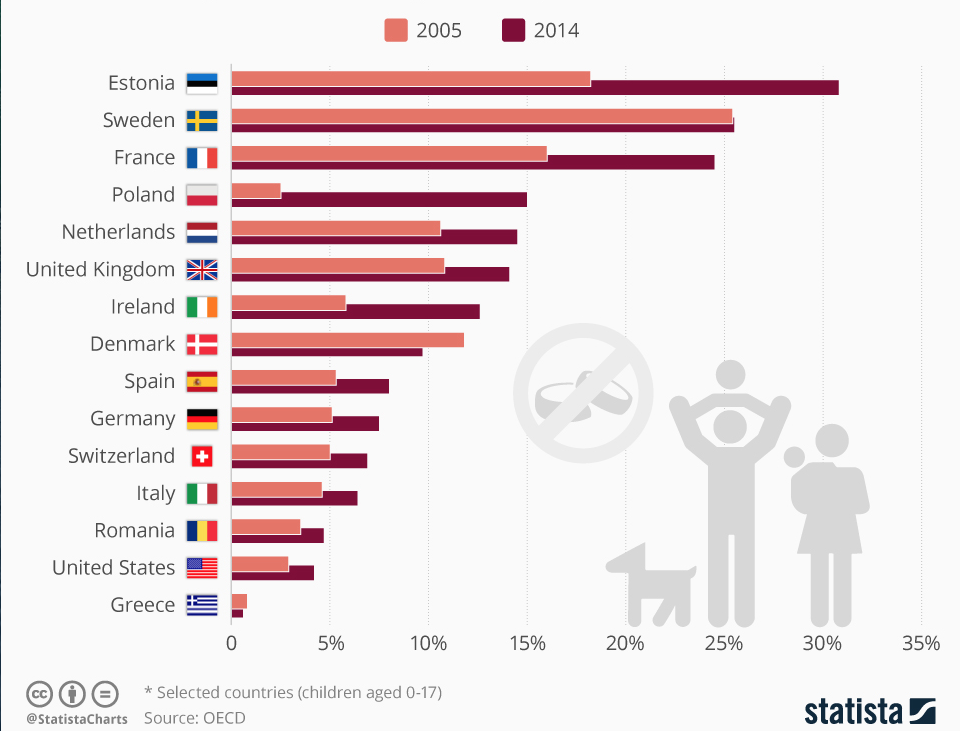 The Survey on Income and Living Conditions (SILC) in Ireland is a household survey covering a broad range of issues in relation to income and living conditions. It is the official source of data on household and individual income and also provides a number of key national poverty indicators such as the at risk of poverty rate and the consistent poverty rate.

Growing Up in Ireland Survey 2013

The Growing Up in Ireland survey, initiated by Treoir, is an on-going national longitudinal study of children in Ireland. Data has been collected on a large cohort of infants (11,134), who were nine months old when the data was collected in 2008/9, and their parents. Treoir commissioned an analysis of the data relating to unmarried parents. Data was collected on lone unmarried parents and unmarried cohabitant parents. Outcomes for these groups were compared to those for married families who were the ‘reference  category’ in the study. Data on crisis pregnancy was also analysed. The full report is available on www.treoir.ie/policy