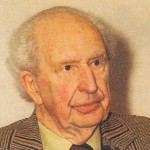 All associated with Treoir were deeply saddened to hear of the death of Dr Dermot Walsh. Dermot was one of the founder members of Treoir in 1976, and the organisation’s first chairperson. In recognition of his contribution to Treoir, Dermot was made a lifetime honorary member and honorary President of the organisation.

Dr Ruth Barrington, the Chairperson of Treoir, expressed her deep sadness on hearing of Dermot’s death. “We were delighted that Dermot attended the event to mark the 40thanniversary of Treoir in the Mansion House on 7th December last year. At that event, we launched the history of Treoir – Towards Equality for Unmarried Parents and Their Children 1976- 2016 which records the extraordinary contribution Dermot made to improving the lives of unmarried parents and their children.

Treoir extends its deepest sympathy to his wife, Eilís Walsh, on her great loss.